Keith E. Roe has been included in Marquis Who’s Who. As in all Marquis Who’s Who biographical volumes, individuals profiled are selected on the basis of current reference value. Factors such as position, noteworthy accomplishments, visibility, and prominence in a field are all taken into account during the selection process. 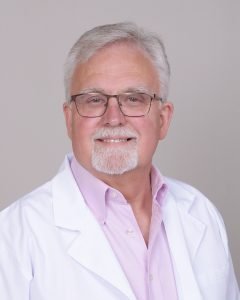 Recognized for three decades of contributions to the field of environmentalism, Mr. Roe serves as an experienced consultant providing innovative indoor air quality testing programs and developing indoor air remediation protocols. He is the founder and president of Advanced IAQ Solutions Inc., where he provides indoor air quality assessments utilizing established testing protocols adapted to current air quality contaminants. The inspection, restoration or adaptation of heating, venting and air conditioning (HVAC) systems is also a key service. Prior to filling his current position, Mr. Roe also established a very successful regional Environmental Services company ACRC in 1992, where he served as president until 2018. Under his guidance, the company became a leader in regional environmental services.

Mr. Roe attended Houghton College and over a span of 25 years earned many key certifications from multiple teaching and standards setting agencies in his field of study. He currently maintains certifications as a Council-certified Indoor Environmentalist (CIE) and a Council-certified Microbial Consultant (CMC). As a commitment to his field, he also holds active memberships with the Indoor Air Quality Alliance (IAQA) and the American Society of Heating, Refrigerating and Air-Conditioning Engineers (ASHRAE). Furthermore, as part of his extensive career, he has completed over 8,000 successful projects, written numerous research papers on IAQ, and developed a real-world testing protocol for determining the efficacy of air purification and sanitation devices. His current project is developing an indoor air quality testing standard for identifying and measuring airborne terpenes that are emitted during the processing of cannabis plants. Roe’s longstanding goal has been to achieve the highest indoor air quality possible, allowing for better health and safety and minimizing transmission of infectious diseases and viruses.

Outside of his primary vocation, Mr. Roe is also known for his contributions as a civic-minded citizen. He is member, volunteer and donor at his local Wesleyan church, where he is able to offer his professional services for the betterment of the community and providing pandemic preparedness programs in the day cares and preschools they operate. His commitment to his industry was inspired by the birth of his daughter, Kathryn, when she began facing immune system difficulties, Mr. Roe dedicated himself to creating the healthiest environment possible for her. Looking to the future, Mr. Roe hopes to continue the expansion of his business, as well as establish an organization for like-minded individuals who are devoted to remaining on the leading edge of environmental sciences.